The Cold War brought with it the constant threat of nuclear annihilation, so it is no wonder that hundreds if not thousands of bunkers were constructed during this time.

Some of these bunkers were attached to ICBM silos. In contrast, others were placed within cities so that the civilian population could shelter in place after a nuclear detonation.

Every family in America was encouraged to have a fallout shelter or know the nearest shelter locations. Many of these facilities have been abandoned and forgotten in the decades since.

However, these bunkers have been rediscovered in many places and ways. Sometimes homeowners will discover a fallout shelter in their backyard.

Related: 10 Cheap Bunkers You Can Make On Your Property

Employees or contractors will find bunkers adjacent to schools, community centers, or other government buildings. Sometimes, the government will decommission and sell bunkers that they no longer use.

I compiled a list of a few of these sites, and the good news is that a few of them may be for sale.

Across America, there are missile sites that once held nuclear-tipped missiles. Some were smaller anti-aircraft missiles, while others were Intercontinental ballistic missiles.

As these bases were decommissioned, some of the sites were sold off while others were left to be retaken by nature. 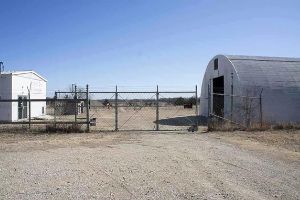 There is an almost 7000 square foot underground launch complex outside of Abilene, Kansas, that used to house the Atlas-F ICBM.

Situated under a parcel of land 11 acres in size, there is also an above-ground 400 square foot Quonset hut and plenty of space to roam.

Another Atlas missile silo is for sale 20 minutes outside of Roswell, New Mexico. It sits underneath an almost 9-acre parcel of land.

Related:  Where to Go When You Don’t Have a Nuclear Bunker

While most of these sites have fallen into disrepair, this one has been partially refurbished to make it more habitable. 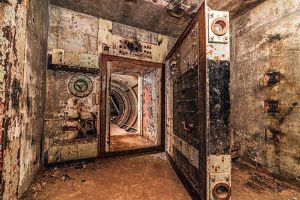 The deserts of southern Arizona were once home to eighteen Titan II missile sites.

Now that they have been decommissioned, many of these sites from Arizona have been bought by private individuals and often find themselves listed for sale.

One advantage to a dry climate such as Arizona is the likely hood of excessive water damage is significantly less than in other areas of the country.

Outside of Nekoma is a multi-billion-dollar missile complex that was only in operation for three days before being decommissioned.

The site is made obvious by the massive pyramid-shaped structure, which can be easily spotted from the fence line.

Unfortunately, the public is not allowed near the area. In addition, the tunnels were flooded, making it not a good option for your bug out plans.

However, there is a lesser-known style of bunker that you can often purchase. These are communications bunkers, which are underground facilities built and used by telecom companies.

These structures were to provide an underground hardened structure that could withstand the effects of a thermonuclear war and secure the country’s communications infrastructure. 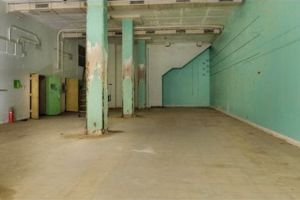 A 7700 square foot communications bunker built in 1967 due to its close proximity to Cuba was decommissioned by AT&T in the 1980s.

The bunker was bought in 2005 and sold again in 2013. This was another bunker that was as close to EMP-proof as one could get with its 30-inch-thick walls.

A site in Kansas can be yours for $600k. Once, it was a power-feed station for one of AT&T’s hardened transcontinental cable routes. It sits underneath 10 acres and is advertised to be EMP proof.

During the Cold War, everyone was encouraged to build fallout shelters as a measure of protection in the event of a nuclear exchange.

As a result, many local governments constructed fallout shelters in schools, community centers, or other municipal and state buildings.

After the cold war, most of these fallout shelters were decommissioned and forgotten. Still, one of these cold war reminders is unearthed every so often. 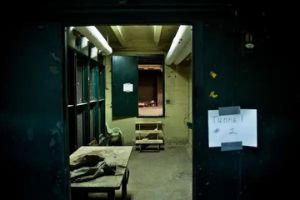 Underneath the Oyster-Adams intermediate school lies a fallout shelter dating back to 1962.

It was able to house around one hundred people. It was relatively intact when it was discovered, with shelves lined with water barrels, rations, and medical supplies.

This bunker even had portable latrine facilities for the occupants.

This complex has a history dating back to 1917 and was designed to protect New York from attack.

The facility at one time housed massive 16-inch guns. An enormous concrete casement was built during World War Two to protect the guns from air attacks.

The guns remained until they were made obsolete by Nike Missile batteries. After the fort was decommissioned, it was turned over to the National Park Service and they continue to be the site owner to this day. 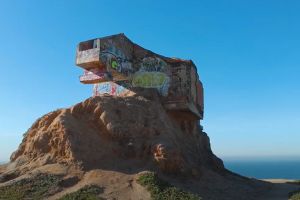 At the top of a coastal peak in California sits another relic of the Second World War.

A cement bunker that once housed an observation and triangulation station sits atop a peak, threatening to slide off its perch at any moment. The site has been abandoned since 1949.

This bunker is probably not the best option for a bugout location given its precarious perch and prominent position.

Underneath White Sulphur Springs, West Virginia, lies a massive nuclear bunker that was intended to house all the members of Congress in the event of a nuclear strike.

This bunker was only 720 feet below the surface, so it would not have survived a direct hit from a nuclear warhead. Still, it did remain a secret until 1992, when its existence was revealed by a reporter from the Washington Post.

The bunker was immediately decommissioned because its secrecy was the bunkers’ only real defense. Today the public can take tours of the facility.

What I have complied here is only a tiny fraction of the abandoned underground sites and bunkers in the United States. There is far more dotting the landscape and forgotten to time and waiting to be discovered.

⇒ How To Build A Cheap Bunker In Your Backyard

5 Lies You Where Told About Prepping! #Shorts