Preppers have long been concerned about amassing resources that would be taken by FEMA in an emergency. Maybe you have seen something like this in your mind’s eye, too.

A line of armored vehicles on your street with armed men going door to door with FEMA on their shirts and taking the buckets and cans of food that you had stored for just this moment.

They walk in and out of your home, container after container and leave you hollowed out to face the disaster like the unprepared.

It’s a real concern for preppers but how concerned should you be?

Does FEMA Have the Power to Confiscate?

There is a list of Executive Orders that have been signed into law over decades in this nation. FEMA has been granted swathes of executive power in the event of an emergency.

SEC 2-104 The Director [of Federal Emergency Management] shall represent the President in working with State and local governments and private sector to stimulate vigorous participation in civil emergency preparedness, mitigation, response, and recovery programs.

SEC. 2. Definitions. As used in this order: 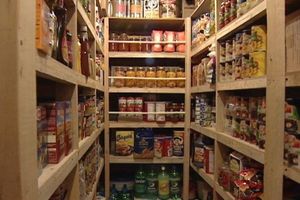 For the purposes of this order the term “food resources” shall also include all starches, sugars, vegetable and animal fats and oils, cotton, tobacco, wool, mohair, hemp, flax fiber, and naval stores, but shall not include any such material after it loses its identity as an agricultural commodity or agricultural product.

(b) “Farm equipment” means machinery, equipment and repair parts manufactured primarily for use on farms in connection with the production or preparation for market or use of “food resources.”

(c) “Fertilizer” means any product or combination of products for plant nutrition in form for distribution to the users thereof.

(d) “Food resource facilities” means plants, machinery, vehicles (including on farm) and other facilities for the production, processing, distribution and storage (including cold storage) of food resources, and for domestic distribution of farm equipment and fertilizer.

Water always has value in a disaster scenario. I hope you store some ready to drink water in your home and also catch some water from the sky.

Having water filters and knowing where to get more water i.e., bodies of clean water is necessary. 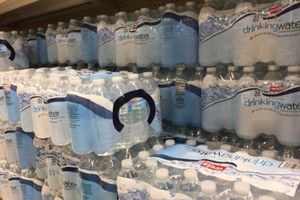 In a disaster lots of water sources are contaminated. The water you have in your home might be all you have access to. If FEMA comes knocking you should have some to give, and some hidden or your family is going to be standing in line for a bottle of water from the case you already purchased.

As you read above, FEMA has the power and the intention to not just take your food but to take over the farms, too! 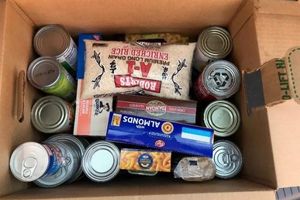 Of course, they will decide how this food is distributed once they have amassed it all.

Can you imagine seeing all the food taken from your home in an emergency? Years of prepping just walked out the door by people who couldn’t care less about you and your family.

This is why it is so important for you to maximize the use of multiple and hidden storage locations.

If we truly want to help, then we need to be able to hand over our “food storage” and have FEMA roll away with some resources before bringing our real stockpile together from these multiple and hidden locations. 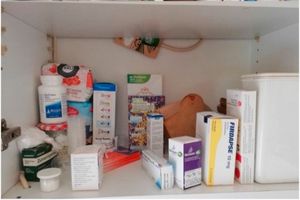 FEMA will take the necessary steps to procure medical equipment and medicines if they believe you have the types they are looking for.

Your medical stockpiles would be at risk, and it is well within FEMA’s scope of powers to take from you what they deem necessary.

⇒ An Ingenious Way To Stockpile Prescription Medications At Home

In fact, medical is even worse than food because if FEMA deems you healthy then you don’t need any of those medical preps you have been storing. They can take it all!

They gotta leave you some food to sustain yourself but with medical it could be different. 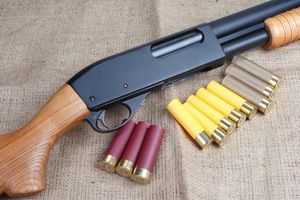 We do not have a lot of precedent for this, but a couple times is enough. We saw weapons confiscation in places like New Orleans and in Boston after the marathon bombing.

Nothing stands in the way of FEMA confiscating your preps like a 12 gauge shotgun.

I think FEMA would take as many weapons from American citizens as they could. They would throw the 2nd Amendment out the window in the face of an emergency. In fact, they would have to or else there would be a different kind of emergency to deal with. 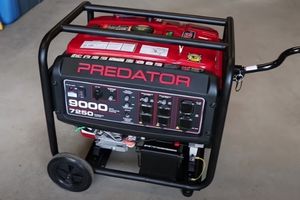 Your generator is probably loud, right? Well, FEMA can hear it, too.

EO10997 gives federal power to FEMA so they can confiscate all kinds of fuel and power necessary to complete their mission. This could include your loud generator that they hear from a mile away.

FEMA is setting up camps during these disasters and some of those camps might require power, your power. 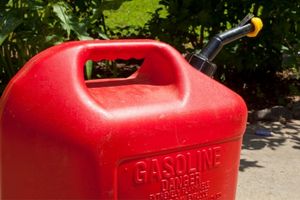 When it runs out you have to either leave the area or go find more.

Your fuel stockpile would surely pique the interest of FEMA.

We have already established that FEMA has the law on its side if it wants to confiscate comms. That big antenna on your truck is going to be a dead giveaway. 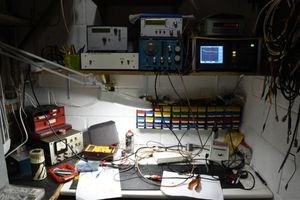 The larger the disaster the more resources FEMA is going to want or “need” to manage the situation.

They would love a few good Baofeng radios or a powerful HAM system to add to their comms operation.

Where and how do you store your HAM radios?

Is it time to find a more convert means of using them and keeping them secret and safe?

Civil Defense in America was a brilliantly devised preparedness plan that was built by the people and for the people! What could be better?

Well, after the cold war American Civil Defense fell into obscurity and we started drifting on this crazy mindset of perpetual security and prosperity behind our massive military.

The Civil Defense filled a hole that is now occupied by prepping, panic, and accusatory division in our nation. Without Civil Defense we had to create agencies like FEMA and DHS to keep us “safe” from the boogeymen and the natural disasters.

It would be something very special to see the nation unite behind a new Civil Defense program that is built to prepare Americans for the threats of this modern age, which far outweigh 1960! Total nuclear annihilation is just a side dish in today’s menu of potential apocalyptic scenarios.

FEMA’s power is born out of the absence of our responsibility as American citizens. We would rather watch the ball game then spend our time and money preparing for the next disaster. That is the boat that we are in right now as a nation.

From my experience and the experience of other preppers who have worked with FEMA, they are not very effective. They could never be as effective as prepared communities and surrounding communities that would answer the call in a disaster.

Maybe that’s a fantasy of mine but either way, you better make sure FEMA doesn’t know about all your preps and you may consider alternative locations and unique storage methods.

⇒ 70+ No Grid Projects You Need To Outlast Any Crisis

Jiu-Jitsu Self Defense | 4 Ways Off The Wall

How To Make Your Own Fuel

How We Store Sugar For Our Prepper Pantry ~ Easy Long Term Storage!